“IP3 2019 was our most successful iteration of our fixed price, fixed term patent purchase program to- date, with more participants, more capital committed from our Membership, and more patent families acquired,” said Russell W Binns, Jr., CEO of AST. “Our Membership, which includes many of the world’s leading technology companies, finds IP3 an easy, streamlined way to apply capital, make purchasing decisions, and acquire patent rights to mitigate risk.  The IP3 program complements our standard purchasing process very well, as some deals are better situated for a fixed price program while others may be more complicated needing negotiations and many changes to the patent purchase agreement.” 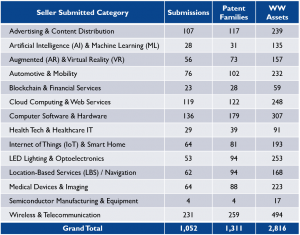 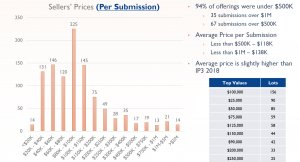 AST is preparing for IP3 2020 later in the year, with a submission window opening on July 6, 2020.  IP3 2020’s technology areas will be decided in the coming months, but we expect to have similar technology areas along with a similar schedule to IP3 2019.

AST was founded in 2007 by four global high-tech companies as a member-driven cooperative to mitigate patent risk and to operate with no profit motive.  AST serves the world’s most innovative and recognized technology companies through cost-sharing acquisition of patent rights; provides access to the most comprehensive database of patents offered in the secondary market; offers Quarterly Market Insights reporting; and facilitates a community for IP thought leaders to interact and form business relationships.  AST’s Members include top global companies from a wide range of industries including Cisco, Ford, Google, Honda, IBM, Intel, Microsoft, Oracle, Philips, SAP, Sony, Spotify, Uber and Verizon.

Back
How Can We Help?